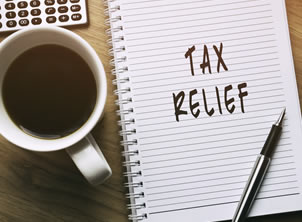 The latest figures from HM Revenue & Customs (HMRC) has revealed that only around one per cent of the UK’s three and a half million SMEs have ever claimed R&D tax relief.

The relief is designed to help to reduce a limited company’s corporation tax bill and is aimed at companies that work on innovative new ideas that seek to research or develop an advance in their field – and can even be claimed on unsuccessful projects.

The project must relate to the company’s trade – either an existing one, or one that a company intends to start up based on the results of their R&D.

Despite the generosity of the relief and the fact that 57 per cent of SMEs in the UK are likely to have eligible qualifying costs, the use of R&D tax relief remains remarkably low.

In fact, it is suggested that some 1.96 million SMEs may be missing out on an average claim of around £43,000.

The relief can be backdated up to three years, as HMRC allows claims to be made up to two years after the end of the tax year in which the expenditure occurred.

That means that the Treasury may ‘owe’ small businesses a staggering £84 billion in backdated Research & Development (R&D) tax relief.

Critics of HMRC have suggested that they have failed to properly advertise the relief to SMEs in order to reduce the number of claims brought each year.

If you believe your SME business might be missing out on important tax reliefs, speak to the experts at Salhan Connect. We will check to see if your business is eligible for R&D and other valuable tax reliefs and, where applicable, help you make a claim to HMRC. To find out more please contact us.